For the front of the snowman head – complete these steps. 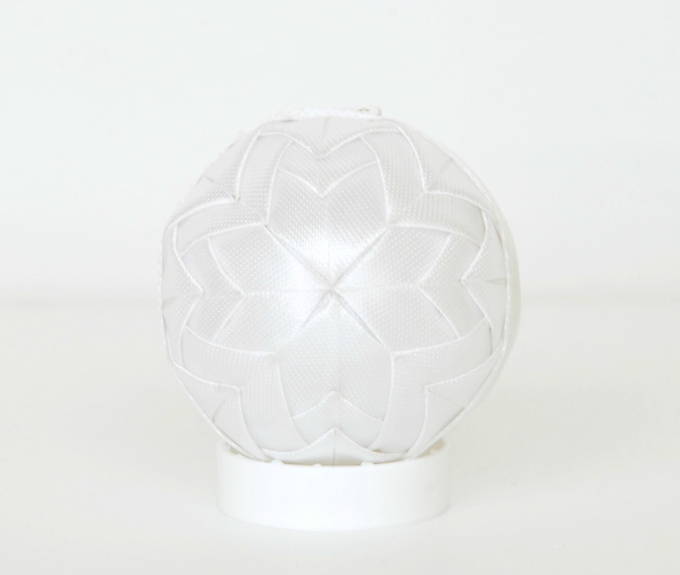 Now pin the white ribbons on the 2” ball in the same way as they were pinned on the body but with some spacing changes:

Center – Pin one ribbon across the equator.

Pin four triangles together around the center. Make sure you’re covering styrofoam.

Then pin four triangles ½” from the center of the ball down between the triangles.

Pin four triangles ¼” from the tip of the lower triangles down the center of the triangles.

Then pin four triangles ¼” from the tip of the upper triangles down the center of the triangles.

NOTE: For the back of the snowman head, repeat the steps above.

Strip Around the Head

Using the 1 x 7½” white strip of ribbon, fold in ¼” on each long side toward the back of the ribbon to hide the raw edges. This should make the front of the ribbon ½” wide.

Pin it at the top. Then tightly wrap it around the head covering the pins and raw edges of the triangles.

Fold the end under ½” so the raw edge doesn’t show and pin it on each corner of the ribbon. 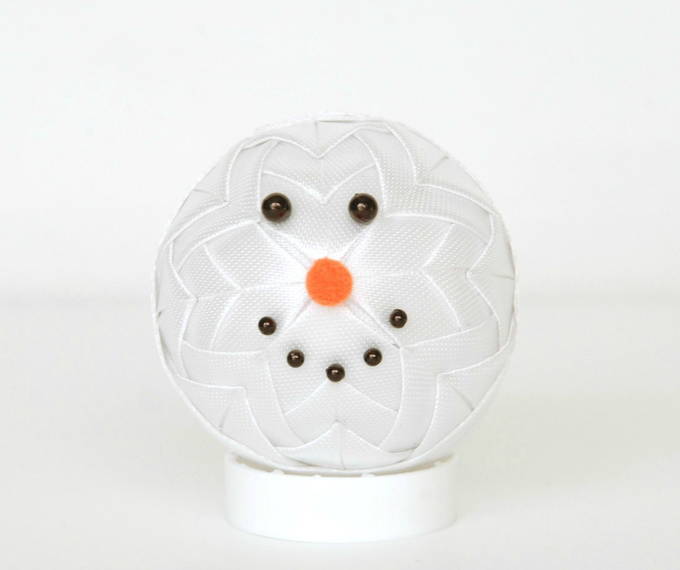 Put the pins in to make two eyes and 5 pieces of coal for a smile. Glue the orange pom pom on for a nose. 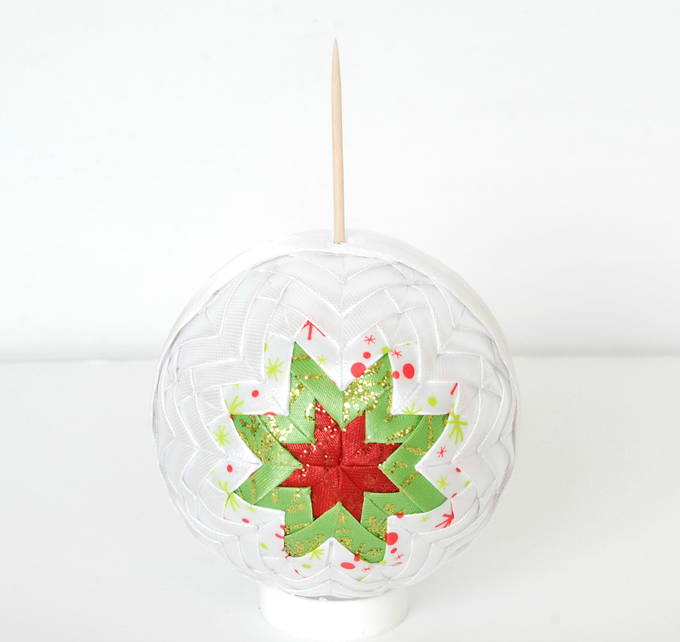 Insert long toothpick down into the center of the body so about 1½” remains sticking up.

Insert the remaining amount into the center of the base of the head.

When you’re satisfied with the fit, remove the stick from both balls.

Apply a thin layer of glue on the stick and reinsert it. Let it dry.

Print the Snowman Hat – Pattern on cardstock so that the outer brim of the hat measures 2½” wide.

Cut out the pattern.

On the black felt, trace around the pattern with a white marking pencil or chalk and cut the pieces out. 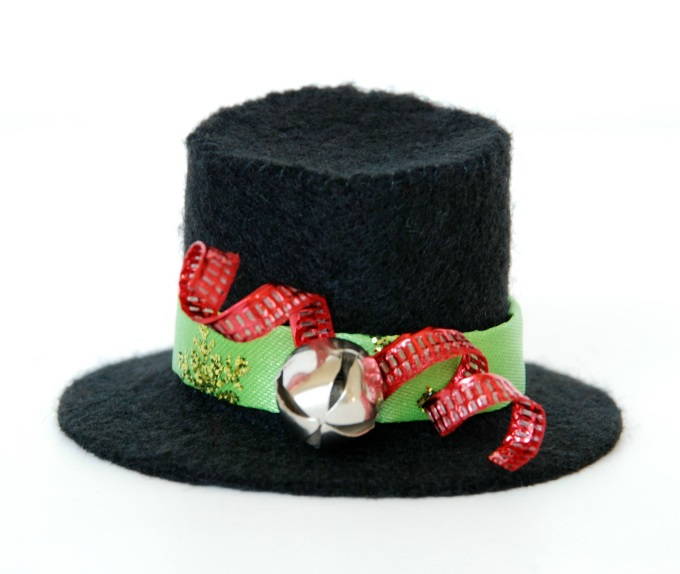 Starting at the end of the edge of the rectangular strip, sew the top circle and the edge of the strip together with a whip stitch. Keep sewing all the way to the end because there will be some overlap.

Sew the bottom edge of the strip to the inside of the brim.

Starting from the bottom of the strip, sew up the overlapped area to secure it.

Fold each long side of the 5¾” green ribbon in on the back so it ends up being a little less than ½” wide. Tuck one end inside the other and fit it around the hat.

Line up the opening with the seam at the back of the hat. From the inside, tack the green ribbon to the hat.

Curl the wired edge of the red ribbon. Sew it to the brim a little off center to the right. Then sew the bell on top of that. 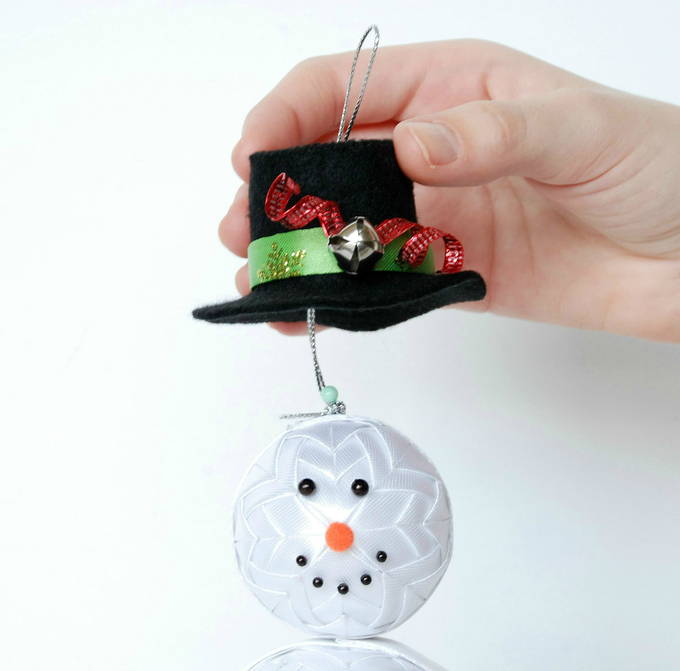 Thread the ribbon onto a yarn needle. Bring the needle/ribbon up through the top of the hat. Then bring just the needle back down and off the ribbon.

Tie a knot with the ends of the hanging ribbon. (Tie a double knot if using a thin slippery metallic ribbon like mine. Put glue on a long size 20 pin and push it into the top of the head. Let it dry.

Fully stuff the snowman’s hat with fiberfill around the ribbon. Position it on the head.

Sew/ tack the sides and back of the snowman’s head to the inside of the hat where it won’t show.

With white thread, sew/ tack it together and in place from underneath so it doesn’t show.