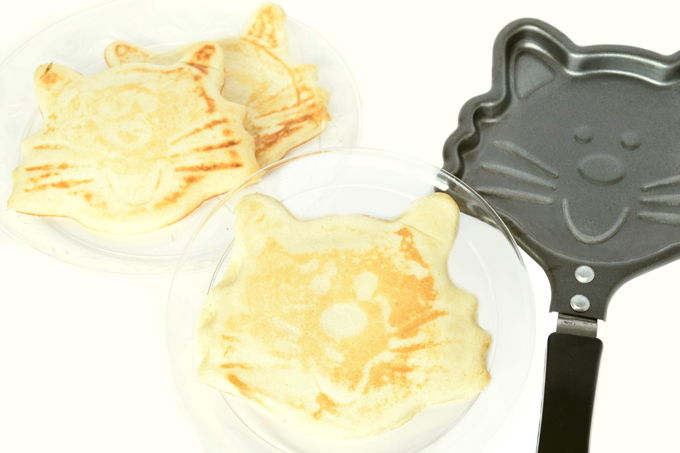 We will use both the cat skillet and a large skillet to make these pancakes.

Put the cat skillet on the warmed burner.  Set a timer for 40 seconds.

Repeat the process for the remaining batter.

If you need to remove a pancake from the cat skillet, only use a scraper or plastic spatula.  Metal utensils will scratch off the nonstick coating.

When done, wash and dry the cat skillet immediately to keep it in good condition.